OR Use Code 'Subscribe50' & Save 50% Off Your First Monthly Subscription

What is Metabolic Accelerator PM? 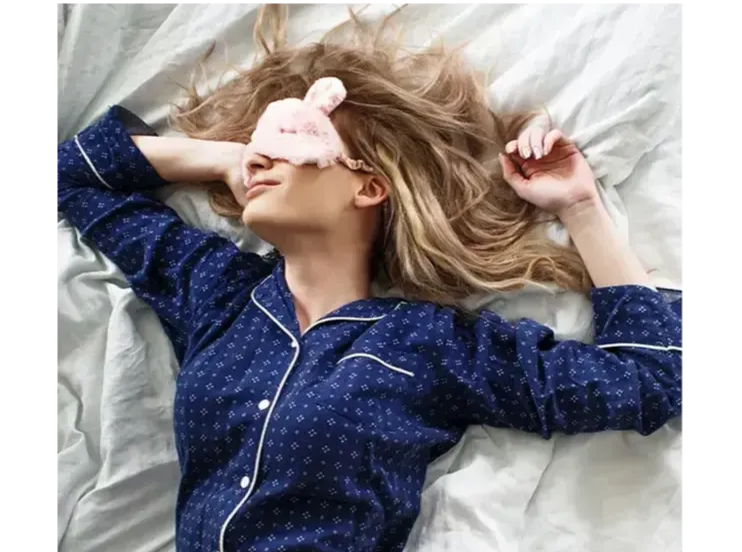 Metabolic Accelerator PM is a stimulant-free fat burner that increases your metabolic rate and activates brown fat cells, making it a great supplement to take if your goal is to lose weight.

Each serving of Metabolic Accelerator PM contains a clinical dosage of CaloriBurn GP™. Scientific literature has dubbed CaloriBurn PM as the “Holy Grail” of optimizing body composition and fat loss.

This formula wouldn’t be complete without a blend of natural herbs that will help calm your body and mind to help you get a restful sleep.

How Can You Burn More Body Fat?

There are three key reasons, which hold many people back from burning more body fat:

First, Metabolic Accelerator PM helps increase calorie burning while you sleep. By supporting your resting metabolic rate, it helps create an environment that is more conducive to overnight fat-burning.

Next, Metabolic Accelerator PM promotes deeper sleep. Chances of you walking around the house at night with food and hunger cravings are diminished. 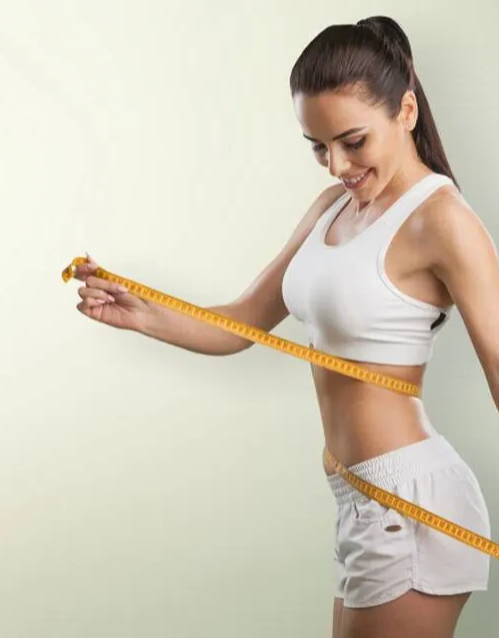 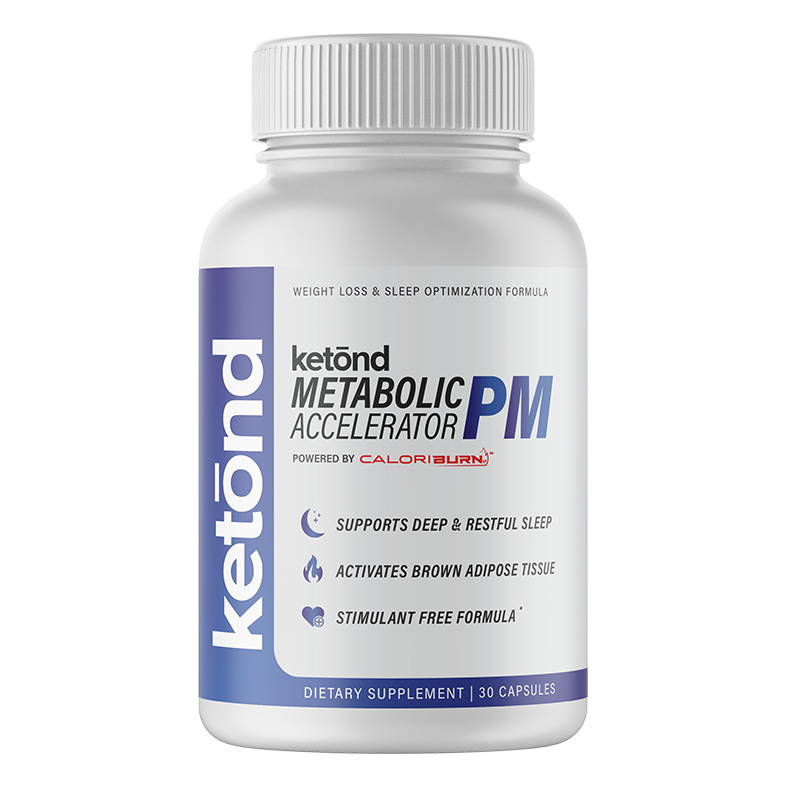 CaloriBurn™ is an ultra-pure, high-quality Grains of Paradise extract and is considered by researchers to be the “Holy Grail” when it comes to fat loss. Though there are many decent grains of paradise extracts out there, Ketond took things up a notch including it into our Metabolic Accelerator PM.

While both practices are among the best chemical validation techniques in science, HPLTC is regarded as one of the most powerful and efficient analytical tools for inferring overall makeup and purity of pharmaceutical drugs.

CaloriBurn™ Grains of Paradise (GP), also known as Aframomum melegueta, is a member of the Ginger family, a family of roots that has been used to treat various ailments and illnesses in Traditional Chinese Medicine (TCM) and Ayurvedic medicine for ages. Though this family of herbs grows plentiful in much of Asia, GP is most abundant in West Africa, where the seeds of the plant have long been utilized as a spice in cooking. Researchers found that the GP group experienced decreased visceral fat in the lower abdomen while the placebo group saw slightly increased visceral fat in the same area.

Most know that when the body is in a caloric surplus (eg. the body has more energy available than it needs) and insulin levels are high, it stores that energy for later use. Once muscles are adequately fed and supported, the body’s preferred storage method is to turn that excess energy into adipose tissue, or fat. There are two kinds of fat, white adipose tissue and brown adipose tissue. White adipose tissue is, at its core, a storage site – it’s main function is to hold energy. However, brown adipose tissue is a bit more of the “expendable” kind, dissipating its caloric value in order to generate heat.

By expending energy previously stored as brown adipose tissue, it’s possible to not only maintain energy levels but also lose body fat. For anyone interested in losing weight, this is an obvious desire, so we need to flip this metabolic switch. It turns out this process may be aided by supplementing with grains of paradise!

For best results, take two (2) capsules prior to bedtime or as suggested by a qualified healthcare professional.

Warning: Use only as directed. Consult Your health care provider before use if you are pregnant or nursing, have a serious medical condition, or use prescription medications. For adult use only. Do not use in conjunction with alcoholic beverages, when driving a vehicle or while operating machinery. DO NOT USE IF SAFETY SEAL IS MISSING. Keep out of reach of children. 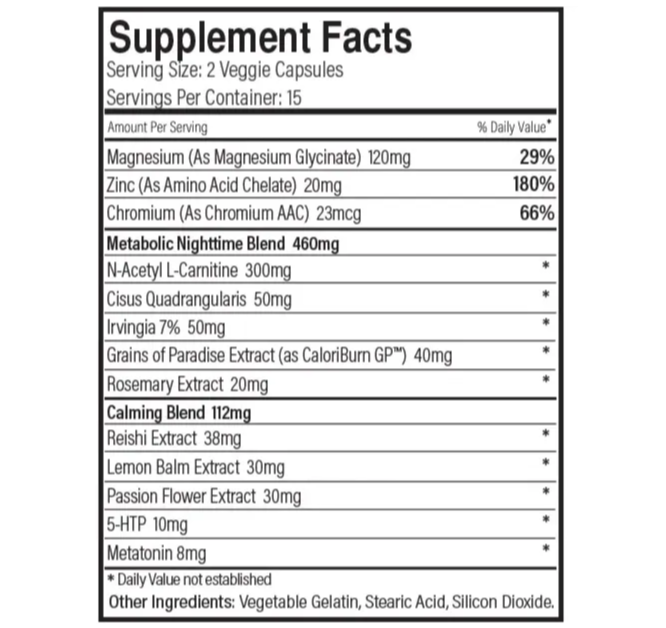 Either Metabolic Accelerator PM Works For You Or You Shouldn’t Have To Pay For It. 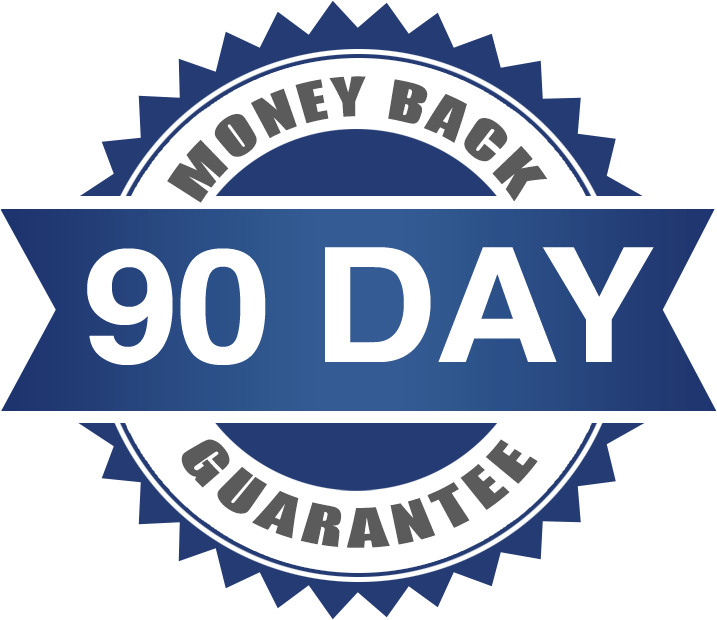 Because Metabolic Accelerator PM is so truly effective, we offer it with an equally amazing guarantee. This is a guarantee that is only possible to make if… you are 100% certain… your product is a winner. Now, here is the way our guarantee works: Place your order now and see if you like it. You have a full 90 days to try it.

If you are not absolutely thrilled with the results, simply return the empty bottles and any unused product to us up to 90 days from the time you get the bottles at your house … 90 full days… even if the bottles are totally empty, and we will cheerfully refund 100% of your money – no questions asked.

It is just that simple. So get your order in now!

This is a great sleep aid to help you fall asleep and stay asleep. I bought these because I have a hard time going to sleep at night and these help within minutes of taking them. Also, I have lost a little weight while using these at night time and I have lost a couple of inches on my waist.

Great Product! Would highly recommend to others!

I tried these pills not sure if they would work but I slept better, woke up less hungry and feel like I’ve cut down on fat while working out consistently and taking these daily.